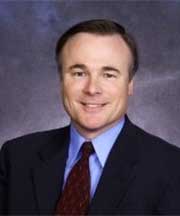 Todd Galarneau oversees the land development arm of Meridian Development and as such manages all of the company’s master plan community activities including planning, entitlement, development, implementation, and disposition. Currently, Mr. Galarneau’s primary focus at Meridian is overseeing the development of Millenia, a major master-planned community that will be a vibrant high-density, mixed-use community to be built on 206 acres in the heart of Otay Ranch over the next decade. The project is founded on sustainable environmental principles and recently received certification under the United States Green Building Council LEED-Neighborhood Development program. Once the project is complete, it is expected to comprise approximately 3,000 multi-family residential homes and 3.5 million square feet of non-residential property including office, retail, and civic uses as well as a fire station, cultural venue, city library and six urban parks.

Prior to joining Meridian Development, Mr. Galarneau served as Senior Vice President of the McMillin Land Development Company. He joined the McMillin organization in 2003 after leaving his position as Principal Planner for the City of Santee Development Services Department where he served for almost two decades. Mr. Galarneau is a highly valued, 25 plus-year land development veteran with expertise in all areas of land planning and is especially skilled at handling environmentally sensitive issues.

While at the McMillin Company, Mr. Galarneau oversaw the final stages of development of Lomas Verdes, a nearly 2,500-acre project that upon completion will comprise approximately 5,000 homes, as well as the Mater Dei Catholic High School, The Olympic High School, The Corky McMillin Elementary School, a 7-acre public park and several neighborhood parks. The community is adjacent to the Otay Ranch Town Center, an 850,000 square foot retail center and employment hub.

Mr. Galarneau also represents the building industry on various development-related committees and activities. He recently served on the Regional Planning Stakeholder Committee providing input on the 2050 Regional Transportation Improvement Plan (RTIP) and the development of California’s first regional Sustainable Communities Strategy. He also serves on the Board of Directors of the Chula Vista Chamber of Commerce and the South County YMCA. Mr. Galarneau is a past recipient of the San Diego Building Industry Association’s ICON Award as 2010 Project Manager of the Year for San Diego County and recipient of the Chula Vista Chamber of Commerce’s 2015 Presidents Award as Outstanding Business Leader of the Year.