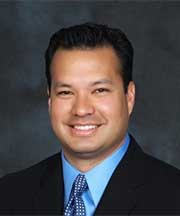 Like the other principals at Meridian Development, Mr. Ross formerly worked at McMillin Homes as a Senior Vice President of Home Building. He joined the McMillin Companies in 2003 and was quickly promoted to Vice President while working in project management. Mr. Ross was responsible for the complete build out of over 1,500 homes and multiple recreation centers and parks across 12 neighborhoods and 4 Master Planned communities.

In 2009, Mr. Ross was promoted to Senior Vice President and assumed responsibility for managing company-wide construction starts, sales, product design, home pricing, and closings across five divisions and three states. He worked closely with the President of McMillin Homes and the regional Vice Presidents of Sales for McMillin Homes’ divisional offices located in Southern California, Central Valley in Northern California, San Antonio, Texas and Branson, Missouri. In this capacity, he had oversight for the pricing of over 50 residential projects company-wide.

Along with his role as equity partner liaison on all joint venture homebuilding projects, Mr. Ross also provided competitive market analysis for each of the sub-markets, as well as feasibility and underwriting analysis for all new homebuilding acquisitions. From a land seller perspective, he was responsible for the product segmentation, pricing, and residual pro forma analysis of over 5,000 lots across three Master Planned communities in Southern California. Mr. Ross is an active participant and former Building Resources Council member for the San Diego Building Industry Association.

Prior to joining McMillin Homes, Mr. Ross served as a Naval Officer and Aviator in the US Navy. He planned, coordinated, and executed countless logistical missions, embarking on multiple deployments, and operating out of numerous countries. Mr. Ross graduated from the United States Naval Academy in 1993 with a Bachelor of Science and received a Masters of Business Administration with real estate emphasis from the University of San Diego in 2003.